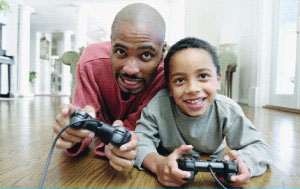 Mentors known as “Bigs” are asked to devote at least one hour two to four times a month for a year. Big Brothers Big Sisters research shows that children or “Littles” often shine with no more than that amount.

Big Brothers Big Sisters is not looking for superheroes but for real men who are willing to spend a little time to make a big change in the life of a child and the community at whole.